Breast cancer is the most commonly diagnosed cancer in women in the US. According to the American Cancer Society, approximately 1 in 8 women, about 12% of the female population will develop breast cancer in their lifetime.

Breast cancer is the second most common cause of cancer-related death in American women. Thankfully, this statistic is on the decline. Advancements in medicine, along with a better understanding of how cancer develops in the body, have aided in the prevention and treatment of breast cancer.

Increased awareness of the disease has been paramount to these advances. Throughout the years, breast cancer awareness has gained considerable traction in the mainstream. As awareness grows, so does the funding for research and studies, pushing us ever closer to a cure.

Every October, people across the United States band together to celebrate Breast Cancer Awareness Month. Their celebration is meant to draw attention to the cause and educate people. During this month, activities such as walks and runs occur to raise money and awareness. Breast Cancer Awareness Month has played a pivotal role in combating the disease and searching for a cure.

The awareness month was first established in 1985 when the American Cancer Society partnered with a large pharmaceutical company to promote preventative techniques for breast cancer such as mammograms. It gave those suffering from the disease, as well as the breast cancer survivors an opportunity to share their story and spread the word.

By the early 90s, the Pink Ribbon became the symbol of the cancer. The first use of a ribbon was when Charlotte Hayley began distributing cards with peach-colored ribbons to promote awareness. Self Magazine caught wind of the story and began to use the ribbon on a larger platform. Due to legal issues, they changed the color to pink.

Today, large foundations like the Susan G. Komen Foundation have made the Pink Ribbon the icon of Breast Cancer Awareness Month. The ribbon is a feminine representation of both the fear and hope associated with the cancer. Since its introduction, the Pink Ribbon has been featured in popular events like the NFL, as well as numerous participating companies.

What is breast cancer and who does it affect?

One of the main reasons for Breast Cancer Awareness month is the prevalence of the disease. It is a disease that affects women around the world. Older women and women who carry BRCA1 or BRCA2 gene mutations (among others) are at a higher risk of developing the cancer. While having BRCA1 or BRCA2 greatly increases one’s risk of developing breast CA, the vast majority of breast cancer cases are sporadic (in women with no genetic predisposition).

Breast cancer itself occurs when cells in the breast grow rapidly, usually taking the form of a tumor. From there, the cancer cells can invade surrounding tissue or spread through lymph nodes or the blood to other parts of the body.

The most common sign of cancer is a lump in the breast. Along with a lump, many women experience abnormalities in the skin or nipple, such as swelling, redness, or discharge. Pain in the breast or nipple often occurs early in breast cancer.

Unfortunately, it is not uncommon for some women to experience little to no symptoms of cancer. Often times, the cancer begins to form and spread without showing any outward signs. Because of this, being proactive in preventative measures is imperative. The recommended preventative measures will be outlined later in this article.

There are a number of treatment options available depending on the type of cancer and what stage it is in. Treatments range from limited external actions to invasive surgery. The goal for every treatment is to remove the cancer or destroy it via medication or radiation. Many times, treatment will require some combination of different methods.

It is common to take surgical measures early on. Sometimes it is recommended that the entire breast be removed. This procedure is called a mastectomy. Other times just the affected breast tissue or ”lump” needs to be removed. A procedure that removes the mass while conserving the rest of the breast is called a lumpectomy.

Radiation therapy and chemotherapy are two treatment options aimed to destroy the cancer cells in the breast without invasive surgery. Often paired with these forms of treatment is hormone therapy, which is meant to prevent certain hormones from furthering the development of cancer in the breast.

Cancer Awareness Month plays a large role in educating women on what they can do to stay proactive and fight cancer.

There are some things that women can do on their own to prevent cancer. A healthy lifestyle can go a long way in cancer prevention. Cutting out unhealthy habits such as consuming too much alcohol or using tobacco helps reduce your risk of developing cancer. A healthy diet and exercise routine can also lower your risk.

Women should perform regular self breast exams. Checking your breasts on a regular basis helps identify changes or abnormalities early on. When caught early, cancer is less likely to have the opportunity to spread to surrounding tissue.

Perhaps the most important preventative measure that women should engage in is regular mammograms. The mammogram is invaluable for its ability to detect the early formation of cancerous masses. It is critical that women follow their doctor-recommended mammogram schedule.

Many doctors recommend women getting a 3D mammogram. 3D mammograms produce a more detailed look at breast tissue, allowing doctors to see small formations that regular mammograms would not catch. Additionally, the 3D mammogram is recommended to women with dense breast tissue because it can capture things behind the dense tissue with greater accuracy. Speak with your doctor to learn more about 3D mammograms.

Breast Cancer Awareness Month and beyond

Breast Cancer Awareness Month has had an immeasurable impact on breast cancer research. It draws attention to the disease by engaging communities and sharing stories. Funding for research continues to grow, pushing for better treatments and innovative preventative measures.

Breast Cancer Awareness Month relies on the ongoing support from people across the nation. With everyone doing their part, our society will move closer toward a future where breast cancer is a thing of the past. 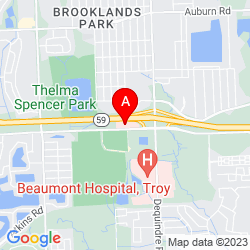 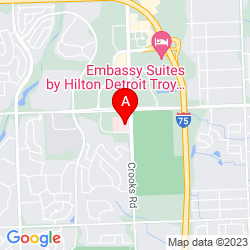